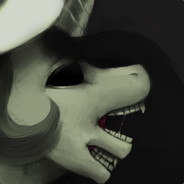 Looking for an upgradeable barebone with a 120Hz display

My budget is ~2500 USD. I'm torn between assembling a PC and buying a laptop.

* Upgradeable. CPU, GPU, storage. Replaceable mobo would probably be out of the realm of possibility.

* Weight and noise levels are not a concern.

The main reason I'm considering an upgradeable barebone instead of building a PC is that I don't have a lot of space for a tower + monitor, plus portability is nice since I move quite a bit.

1 answer to this question